A wild ride for them what likes ’em – on a day when Easter, Passover, the Buddha and Spring share a cup o’ tea 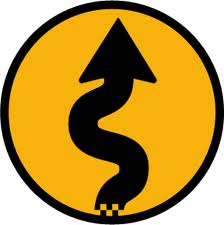 Okay, I admit it; this may be a bit of a ride, but it was an awful lot of fun to write, so if you are able to buckle up, there’s a bit of retelling of some stories that may sound almost familiar by the time I’m done.  My Easter-Passover-Buddha’s Birthday-Spring present for those of you who can handle the turns.  And, with apologies to the others. But, honestly, I do hope you enjoy!

This morning a very dear friend in New York sent a note that included this innocent and quite thoughtful two sentences:

The word “Easter” and most of the secular celebrations of the holiday, come from pagan traditions. Anglo Saxons worshipped Eostre, the goddess of springtime, and the return of the sun after the long winter.

And, so, since this friend is a friend of long standing, as they say, (though I have invited her to sit down many a time) I wrote her a playful reply. But when I was done with my epistolary response, which might be seen by some as an apostle’s epistle (oh, the mood is good this morning, I warn thee) I thought some of the people in our Zen sangha, and some others of you, might enjoy a bit of it, because today, after all, is the day called Buddha’s Birthday by some in our tradition – and so I send my reply to my dear friend as a bit of a birthday card to all of you, with love. But put on yr seat belts, as I said; the line for the ride starts here:

Ah, yes, but let us go back further to the Greeks, even following this nutcase friend of yours (me!) who once wrote in a poem about Eos, the Greek Goddess of Dawn, from which the Dayglo Saxon’s, to whom you refer in your note and who worshipped Eostre, may have gotten The Big Idea.

And then let’s go back even further, knowing without question that even before language may have reduced itself to greater complexity from the simple, direct pointing of the good old grunt, folks in the old days, like, the real old days before calendars and possibly even before time, noticed and said in their monosyllabic manner: Hey, it’s warmer; look, flowers; wanna do it? Which is why one never truly needs to move past the grunt as a complete means of communication for what “stirs the loins and makes the poor heart sing.”

Of course, poet Lawrence Ferlinghetti was sadly too often right when he wrote, “but in the morning, she has terrible teeth, and really hates po-e-try”, for, after all, the pleasures of conversation are not small, tend to last longer than ‘the act’, and definitely are highly valued in our little cabal, wot?

And then around 2600 years ago comes this guy who says, in a way that prefigures the Beatles, “Yeah yeah yeah, that’s nice, but who put all these dead bodies outside my father’s palace?  They’re mucking up my illusion.”

And so he wanders, very much in the style of the Dusty Springfield rock’n’roll hit that went, Just wishin’, and hopin’, and thinkin’, and prayin’, until he finally realized he hadn’t realized anything, and so, dumbfounded (which is pretty much an accurate description of how I’ll be found, though possibly not alone) he sits down and shuts up and after a while has a visitation from the big Sh-zam!

Whoa!  He opens his eyes after sitting for a mere onetwothreefourfivesixseven days and nights and there she is, just like she always was, the Morning Star, only Big Belly (having been an acetic for years prior to this, this image is likely not an apt description) had never noticed it quite as it really was before: shining with no discernable inside or outside, upside or downside, me-side or you-side, self-side or other-side, etc.

For in that moment what came to life, just like a wee daffodil (get the theme, here: dumb founded, daff-odill? I’m telling you I’m hot after this morning’s zazen and the subsequent tiny bit of lovin’ called espresso) was a realization so great that even he couldn’t miss.

So, Old BB let loose with that good old fashioned Buddhist shout out which goes (repeat after me): Whoa! and which is often translated in spiritual communities as Wow! And further which is a major part of what some Buddhists might mean when they bow – infrequently but many times accurately called around my house “the Bow Wow”, which ends the question of whether or not a dog has buddha nature as far as I’m concerned.

Anyway – back to the tatter of story ’bout the glory: Sure enough, the young Siddhartha lad opens his eyes and everything else he is and he sees it and sees it clear: The Morning Star. Me. Whole World. Just One life. Or something of that order.

And all that wishin’ and hopin’ and thinkin’ and prayin’ is in there, too, with its catchy little melody, so, no tears on this Dusty Spring Field Day; not a wet whit or whisper. And so he, like everything on the earth around him, is warmed by the growing enlightenment of what is, as the dawn and his dawning turns into day, and he figures, “Hey! Not bad. Not bad at all. And, not good either – but, why mess with people’s heads?  I’ll stick to Whoa!”

And, forever after, as forever before, don’t you know, since we must remember this is part of what in that big Studio in the Sky the Engineers call Recorded History, and in the pre-vinyl days when a needle was something you looked for in a haystack, or a piercing light ray, they probably had this understanding down like feathers on a duck, so don’t get all Extra! Extra! read all about it about it since the real news ain’t new, don’t you know, it’s just us finally tuning in on the Good Old Radio Dial — anyway, forever after, people started saying Happy Birthday Buddha round about now.  And this is part of the why.

And now I must rest, believe me, because it takes a lot of energy to use so many words to say so little when all I wanted to do in response to your missive was break into a chorus of a song by Stevie Wonder (note the name, fellow logos monsters, for right now ’tis the season for it for sure) and sing: I just called to say I love you.

3 thoughts on “A wild ride for them what likes ’em – on a day when Easter, Passover, the Buddha and Spring share a cup o’ tea”